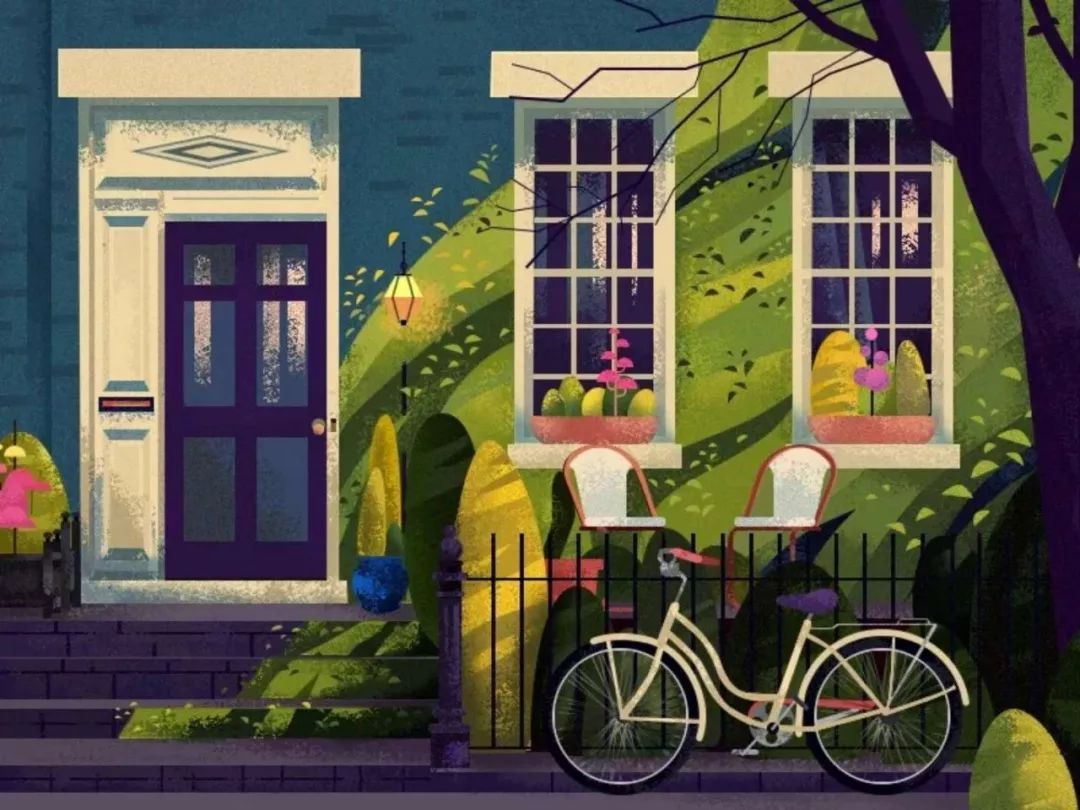 It is the art of generating images that serve a purpose apart from simply expressing one’s aesthetic and self- they have relevance beyond mere visual expression, whether it’s creating a detailed dimension to text, telling stories, or portraying a concept.

An illustration is a decoration, interpretation or visual explanation of a text, concept or process, designed for integration in published media, such as posters, flyers, magazines, books, teaching materials, animations, video games and films. The illustration also means providing an example; either in writing or in picture form.

Why do we need Illustrations?

Everyone  must be wondering why we make drawings or pictures? What’s the need of Illustrations? These questions can arise in the mind of viewers or readers. Here, I want to throw some light in the minds of readers regarding the need of illustrations. The idiom “ A image is worth a thousand words ’’ , is probably familiar to you. This is particularly true when discussing the value of illustrations in books.  When you think of illustrations, you might think of the brightly colored pictures that adorn the pages of children’s books. Even though this is valid, drawings are not exclusive to children’s books. Indeed, images like photographs, may support a wide range of book genres.

Despite the fact that some people consider images to be an afterthought in books, the trend of using pictures to tell stories has existed since cave paintings and hieroglyphics were the primary types of storytelling. The readers can develop a strong knowledge of the subject when words are blended with the images, whether it’s drawing or an actual object. For example- What good is a cookbook if it doesn’t include photos of the food you’re about to prepare? In printing, vibrant colors illustrations in a children’s book seem to be the tips of the illustrations iceberg.

With the growths in technology and the increasing importance of illustration for some different fields, illustration techniques have gained a whole new array of possibilities and styles. There is now various software that can be used to achieve different illustration styles, including Photoshop, Illustrator, Inkscape, and so on.

Based on the technique used, Illustration is divided into two large groups: Traditional illustration and Modern style.

Illustration has been around from the time cavepeople began drawing little stick figures on their cave walls. While it has come a long way from there, illustration is still a significant manner of communication and expression. Today, we walk you through some of the more traditional forms of illustration. For insight into modern illustration techniques, check out our next post!

This is one of the oldest techniques of illustration that was popular during the Middle Ages, and gained prominence after the invention of the printing press. Carved blocks became important when books began to be published in large quantities since carved block illustrations could be used to make illustrations that were printed using the same cutter. This technique is still used today by artists and illustrations who want a natural or rough feel to their work. Woodcut illustrations also held a lot of prominence in feudal Japan.

This technique is also characterized by the thick lines which are used, and the contrasts obtained between different parts of the print.

This method needs no explanation since it is so well known and commonly employed, by artists, illustrators, and even by people attempting to explain or convey a concept simply. A pencil is a vital tool that allows for a variety of effects, shades, lines, and effects. Artists may choose to use either pencil of a single colour, a graphite lead, or a variety of pencils of different colours to achieve their desired effect.

This type of illustration is also prominent because of the freedom and diversity that this style has to offer.

Charcoal illustrations cannot boast of the same precision and lines that are made using a pencil, but they have the distinct characteristics that make them appealing to individual artists. They are often the preferred medium for illustrating stories, for making quick portraits and sketches, or for making illustrations that need all constructions and rough lines to be left visible. Charcoal can boast of excellent blending properties and some different grades and hardness for different effects.

Charcoal work can often get messy, and artists often use fingers or other blending tools while working with this medium, along with fixatives to make sure there is no unwanted smudging.

Lithography is derived from a Greek word that means stone. Initially, this method was started by drawing on the surface of smooth limestone plates with the help of oil, fat, or wax.

Nowadays, some books are printed using a modern version of this method, known as offset lithography,  especially when there are colours involved for illustrations.

The primary aim of watercolour illustration is creating effects and shades by adding water to create different transparencies of the pigmented colour. There is a lot of depth and detailing which is often obtained from this method.

It is used prominently for paintings, fashion illustrations, children’s books, and illustrations that need to be light and airy. It is a simple way to add colours, merge them, and make visuals stand out.

These are a preferred medium for people who are just beginning their illustration journey since they are relatively easy to work with. Some different effects can be achieved, and they can be used on some different surfaces, and are water resistant after they have dried.

They come in a variety of colours and finishes and are often used on canvas or cloth.

Ink illustrations are prominent in situations where the illustrator wishes to have precise, detailed work, and have high contrast between the elements they are using. Most illustrations use a single colour and different tints of it on a plane surface to get work that is monochrome but highly detailed. This medium is characterized by fine lines and varying line qualities. Different dots, lines, and densities are used to obtain effects.

This method is also used for technical drawing or diagrammatic representations.

With the growths in technology and the increasing importance of illustration for some different fields, illustration techniques have gained a whole new array of possibilities and styles. There is now various software that can be used to achieve different illustration styles, including Photoshop, Illustrator, Inkscape, and so on. If you are a traditional artist looking to set foot into the world of modern or digital methods or are just looking to further your knowledge, this should be enough to get you started. It can feel intimidating when you first begin to take in all the possibilities offered by software and technology, but there is also a lot of essential similarity to traditional art, and it is easy once you get started. Here, we cover the broader categories that digital art can be categorized into by the format and the type of images that will be formed.

This bears a striking similarity to the sort of illustrations that are done on paper, canvas, or similar traditional medium. The only difference here lies in the entire process, or at least most of it, being digital, and usually done using a single stylus or pen tool. The main advantages here include access to a multitude of different colours, brush presets, and tools which can be used to speed up the process effectively. Moreover, mistakes are easily undone, and changes and edits can be made. Blending and shading are usually much more comfortable in digital illustration, and different effects can be achieved. With the increasing number of stylus and tablet combinations, and styluses made exclusively for smartphones which can be found in the market today, precise and detailed illustrations of this kind are growing rapidly.

They are used for storyboarding, recreational art, illustrating books, in animation, in different design processes, and so on. Illustrations made digitally by freehand methods usually come in raster formats and can be zoomed or enlarged only to a particular limit before they begin to appear blurry and pixelated.

Each point is given a specific point on the coordinate axes of the work plane which determines the direction that will be taken by the path. Vector graphics are usually stored in SVG, EPS, or PDF formats. The way that these graphics are produced allows for more scaling and zooming functions before they begin to appear pixelated. They can be enlarged to a greater extent before they lose quality. They are more chunky and have less gradation or flow, and are mainly used in creating illustrations for the web such as posters, logos, and so on. They are characterized by their clear outlines and more defined nature.

In comparison to freehand illustration, they have more magnificent shape and definition. Vectors are generally ideal for print media and are less often used for intricate artworks, detailing, or sketch-related work. They are also used in combination with typography and text. They can be translated, rotated, stretched, skewed, and changed in different ways to get different results. Photo-realism and related art styles are not usually done using vectors due to the limitations posed by their main characteristics.

If you are a digital artist attempting to understand the primary difference between the different digital formats and types of art that you can make, this should be enough to get you started. Most digital artists use at least some amount of traditional art in their work, whether simply for brainstorming or as basic guidelines for their digital work. If you are interested in different traditional art styles that you can use in addition to your digital work, check out our previous post about traditional art techniques! Good luck and happy illustrating!

How To Use Illustrations To Give Your Business A Competitive Edge ?

Illustrations can be a powerful method for communicating complicated ideas and enhancing user experience. Illustration can be used to effectively

We use stock images that are already used by other people , so we aren’t using special images that lack originality will not appeal to the target audience or produce the desired results. When you hire an artist to make a custom illustration, you can get exactly what you want without sacrificing consistency or originality.

Incorporate entertaining illustration into your material to make your narrative more convincing. This way , you’ll be able to capture your target audience’s attention and deliver your messages in an engaging and meaningful manner.

Simple images could not have the desired effects. You may use custom illustration to give your current images a more attractive makeover.

To recap, Illustration is a broad term that has developed over areas to obtain use in a variety of ways and to serve a variety of needs. If you’re an aspiring illustrator or someone who wants to learn more about the field and how it can help you in your field, we hope you have gotten a better understanding of the basics by now.