Film production or film making can be defined as the process by which a film is made. Producing or making a film includes several discrete & complex stages involving an initial idea or story, casting, screenwriting, shooting, sound recording, reviewing, editing and then finally screening it in front of the audience. Production of films takes place at the motion-picture studios which specialize in different types of films like documentaries, ad films, educational films, animated cartoons, feature motion pictures and so on. Motion pictures can be classified as wide-screen, large-format, stereoscopic films and black and white, etc. depending on the technological means and cinematographer systems that are used.

A film production company is the one which generally creates, produces as well as distributes music, films and more by their own companies that are subsidiaries. A film  production company develops video content For social media, television, Commercials, corporate Promotions and other related Fields. A video production company handles every stage required in producing a video stating for development, to scripting, to working with cast and crew, the photography , to finally producing the video.

In this article we’ll talk about film production companies in Mumbai.

The list of film production companies in Mumbai are as follows

They are a bunch of experienced and creative people who keep expertise in the video or film producing process. S  if you’re someone who is looking for a video producing company for making advertisement videos for your business, or for making corporate videos, Fees in Action in Mumbai is the right place. They have experience working with clients like  Grant, Sara, Voot, Viacom18, Hartek, Thorton & many more. 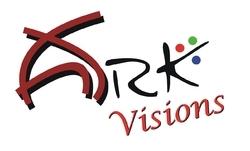 ARK Visions is known as one of the top video producing companies in Mumbai. They make videos like web series, advertisement films, corporate films, documentaries – Trade Fair films. The video production company takes care of the complete video producing procedure i.e starting from storyboarding to the completion of the final product.  This is an experienced company and has worked with many big clients like Wipro, Castrol, Sony, Toyota, Shalimar and so on.

Rolling Can Productions is another top video production house in Mumbai. They know exactly how to blend technology and creativity and create a perfect motion picture. If you’re a company and looking for a video production house to create unique videos for your companies then Rolling Can Productions is the right place for you. They are a bunch of creative people with artistic skills who are experienced in the field of video creation.  The company is known for their creation of digital contents, television commercials, corporate videos, print production and so on.

Quidich is another video producing house in Mumbai. They expertise in aerial filming and aerial videos. They have created a lot of sports broadcasts, asset inspections and other kinds of aerial video productions. They are experienced and also have had many big clients. They have worked with Viacom 18, Red bull, Jio, NEXA, TATA, BBC and a lot more. The company is reliable and will serve you throughout the video production procedure starting from pre-production to post-production.

The next is Rave films which is an award-winning film production company in Mumbai. The company has won awards Like MOFILM, Monaco Film festival and so on. This video production company creates television commercials, jingles &brand songs, event videos, audio-visuals, corporate films, training films like no other video production companies can. They are extremely professional and experienced and have a big list of clients. They have worked with Hindustan times, Kotak, IFC, Coca-Cola, Gold’s Gym and more.

This is another film production house in Mumbai. Lemon Yellow Sun Films are a very professional and experienced production house. They have completed more than 363 projects, more than 201 ads and 5 documentaries. They have years of experience in the field and will serve you with the whole production procedure. They have worked with clients like Godrej, Coca-Cola, Toyota, Pantene, Sony P&G, Panasonic and many more. They are usually preferred for making advertisement and TV commercials related videos.

This is an explainer video company paste in Mumbai. This is an experienced company that deals in cinematography, portfolio shoots, marketing videos, YouTube videos and animation videos. If you choose this particular video production company, it will help you in the entire video producing process including scripting, shooting, reviewing, editing and everything else that is required to be taken care of. Due to the hard work done by CineFox Studios, the company has received and is receiving various recognition in the industry of video production.

Assemblage Entertainment is a film production company based in Mumbai, Maharashtra, that specialises in creating animations. It was established in 2013 by industry master AK Madhavan. The studio specialises in animation productions for leading International studios and other production corporations from all around the globe.

Balaji Motion Pictures is a wholly-owned deputy corporation of Balaji telefilms Limited which is an Indian Film Production house and Distribution Company organized by Shobha Kapoor and her daughter, Ekta Kapoor established in the year 2001. It is located in Mumbai and does the production of Bollywood films. Former Bollywood actor Jitendra Kapoor is the chairman of this film production house. It has made movies like Ek Villain, Dream Girl, etc.

Anurag Kashyap films Private Limited is an Indian film production Corporation located in Mumbai. It was established by famous director Anurag Kashyap in 2009. It is a specialised film production company well known for creating art house or new wave cinema in the Bollywood industry. Movies like Udaan, The Lunchbox, The Tiger Hunter, etc. were made under this film production house.

Carnival Motion Pictures Private Limited, also known as AOPL Entertainment Private Limited is an Indian film production and distribution Corporation established in 2011. It acts as a deputy of its parent association Carnival Groups which is a specialized and assorted corporate group with interest in media, entertainment, multiplexes etc. It has its headquarters located in Mumbai.

Eros International Media Ltd. also called by the name Eros India, is an Indian film production house that is accounted with production and distribution and is located in Mumbai, India. The corporation was founded in 1997 by Arjun Lulla and later came to be known as one of the biggest film production companies in the world. The firm is now managed by his successors Sunil Lulla and Kishore Lulla. It is a deputy of Eros STX, which was created in 2020 as a result of the partnership between American film studio STX Entertainment.

Fox Star Studios is a Film Production and Distribution Company in India established in March 2008. It is a deputy off Star Iforia in partnership with The Walt Disney Company. This corporation creates Hindi, Malayalam, Tamil and other South Asian language films through accessions, co-productions and in-house productions for international distribution. It also allocated English films created by 20th Century Studio divisions’ in India.

Dharma Productions Private Limited is an Indian film production and distribution company found in the year 1979 by Yash Johar. In 2004, after his death, the company was handed over to his son, Karan Johar. This production house which is specialised in making Bollywood films is located in Mumbai. A new segment of the company which is known as Dharmatic will be accountable for producing digital content for social media platforms. Movies like Student of the Year, Kuch Kuch Hota Hai, Ae Dil Hai Mushkil were made under this production company.

Panorama Studios is an Indian production house and Distribution Company founded by Kumar Mangat Pathak in the year 2012. It is a media and entertainment-based corporation. Paranormal Studios along with its deputies and Associate is an authentic film studio with significant business components specialized in production, talent administration, distribution, syndication, advertising, line production, and appliance rental.

Viacom18 studios which is an associate of Viacom 18 is located in Mumbai and is one of the first studio model-based motion picture and content creation company in India an operation that includes accession, production, transaction, syndication and global distribution of full-length feature movies as well as digital films, series and short films. As Viacom18 is fully owned by Viacom, it also allocates movies from Paramount Pictures in India, Sri Lanka and Bangladesh since 2011 beginning with Transformers: Dark of the Moon.

Zee Entertainment Enterprises or better known as Zee Telefilms is an Indian media alliance owned by the Essel group. It is based in Mumbai and specialises in television, internet, print, films, portable content and associated business. It was established by Subhash Chandra on 15 December 1991.

Tips Industries Limited is an Indian film production, film distribution, film promotion and Indian music record label company in Mumbai, India. It was established in 1975 by Ramesh S. Taurani and Kumar S. Taurani. Its distributors deliver more than 1000 wholesalers and 400,000 retailers across the whole country.

Crest Animation Studios Limited or formerly known as Crest Communications is an Indian animation production house. It was established by Shyam Raja Ramanna in 1990 under the title Crest Communications and It initially went social in 1995. It attained Rich Animation Studios in America after the downfall of The King And I in 2000. It had over 500 employees by 2001. However, with constant losses for 3 years it lost around 110 staff resources. By 2004, it had gained profit and was able to hire extra 260 animators and by October, it renamed itself to its recent name. AK Madhavan is the preceding CEO of the company. In 2010, the company launched an animated feature film in intersection with Lionsgate named Alpha and Omega in both 2D and 3D.

Apart from being one of the largest metropolitan cities in India, Mumbai is the social hub for entertainment-related productions. All the major Film Production companies are based in Mumbai. Apart from the massive market base, all the social festival and ceremonies are held in Mumbai. Hence, film production is not the only thing Mumbai specialises in.