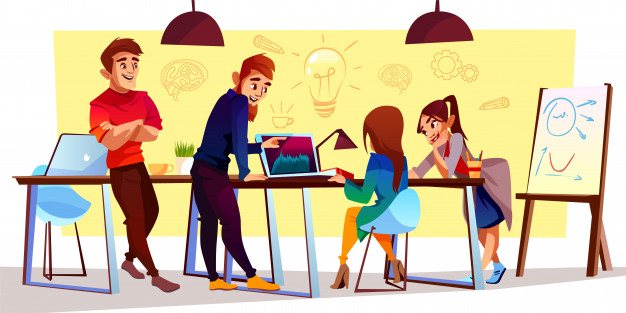 How Much Does Animation Cost?

Animation is an amazing way of sharing your message across the world in the form of videos. Animations are fascinating to watch, and this is an excellent way of attracting and engaging audiences. It is an easy eat of presenting Information clearly and entertainingly.

Animations can be of different types and styles like character animation in explainer videos, infographics, and telling stories using visuals and characters that look out of the world. The use of animation is widely increasing with the advancement of technology all over the world.

People prefer watching animations in movies, series, and advertisements because of their unique way of presenting the information.

What is the cost of animation?

Now, if you’re planning to make animation videos to promote your products or services, you’re very likely to receive a lot of price ranges.

We all know how beneficial an animation video can be, but how much should we expect to pay? How are we going to know how much we need to pay to receive the final video? This is a tricky question to answer. A lot of factors influence the cost of animation. These factors include the complexity of the topic on with the animation is based, the style of animation used, the characters or the content of the video, the length of the animated video, the development hours &the creative planning and so on.

Key factors that influence the cost of animation

As mentioned above, many factors influence the cost of producing an animated video. Let’s have a look at the following factors.

Style of the Animation

The style of the animation you choose is one crucial determinant that influences the cost of animation. The more redefined and time-consuming the animation is, the more it costs. Here is everything that you should know.

Including the 3D element, video can give another dimension and background to the view, thus making it more exciting and different from the regular front on the view that w get to see with animations.

Adding 3D elements to your animation video gives a variety to the scenes; it doesn’t remain just flat-facing, though it might be of the same design style as 2D.

However, all these also mean adding specialized skills to the 3D software, lighting, modelling & then composting the video. This, it evident that it is more expensive compared to 2D or other animation styles. But, interestingly, with the advancement of technology, and the increase in the use of 3D animation’s, the price of this animation style is dropping.

Using 3D animation to promote simple products is less costly, but the cost is much when making animations like Disney or Pixer style.

Illustration can be defined as the visual explanation of your text. The animator or the designer will take the script or the text given by you and interpret it in their vision. Illustrator often produces imageries by themselves whereas, graphic designers use tools like images, words and graphic forms for relying on the message to the viewers.

Infographics can be defined as a visual representation of the Information or data that the video wants to share more quickly and clearly. Thus, Infographic is a kind of style used to break down big data and make it more easily understandable. The government or financial institutions mainly use this animation style to provide information to the public.

Motion animation includes everything,action figures, puppets, clay motion, cutouts. It is a playful and exciting way of telling the story. This type of animation style includes the artist bringing up physical items such as toys And photographing and moving them frame after frame. The cost of this kind of animation style depends on The product being animated. If the thing that is to be used in the animation has to be made out of play on the spot, it will cost more than pre-made items like toys, toy-race cars, or an image cutout.

Generally animation video with longer duration text mode work and time. More editing and animation are needed in an animated video of 2 minutes than a video of one minute. Hence, we can safely say that the need for creativity and productivity is ten times more in a video of 10 to 12 minutes. The price increases as the duration of the video increases, as it should.

As the task is divided within each program, there is barely any chance that you will save money. Apart from the duration, the deadline of the video also is a big factor that affects the cost of animated video production. The quicker your video is completed, and the tighter is the turnaround, your video becomes more expensive.

It might be unnecessary to get with these services, although your budget has to increase if you do consider taking them.

The inclusion of characters adds a humanly feel to the animated video. Also, it is essential to convey the message and concept to the audience. The motive of an animated video is to portray emotions, and the best way to do that is by adding characters. To portray distinct scenarios and storylines, the need for characters is essential.

The design of a character is a whole different part of work that requires a lot of time and work. That includes more investment. Also, this is important for the video as stagnant videos do not make an impact on the viewers cause the emotion does not get portrayed at all. The purpose of you video will be ruined if you do not include character, especially moving ones.

Rebuilding certain aspects like voice-overs, editing and scripts will increase your expenses. For example, if you need to make changes in audios and scripts, you have to the voice actor again. Hence, this will lead to an increase in the price. Similarly, changes in specific models and styles of the video will increase the cost. However, at the time of production, all the essential factors are initialized. Therefore, requesting changes will largely impact the price. This is solely due to the reversal in the amount of work and time.

2D animated videos are much likely to take less time and editing than those drawn and edited through Photoshop. This is because the way you portray your video plays a very important role while it’s out on every platform to watch from. Fonts and textures are significantly very important while creating the animation.

It only makes sense because videos are depicted to be of different quality and backgrounds. If a significant scene takes longer to design than usual, it is only natural for the price to increase.

The first and foremost thing that comes to show while demonstrating an animated video is the quality of the video. A normal video that is made through the camera is very different from animated videos. Animated videos need programming, editing and designing, which requires a lot of time and work. And as much time and work it takes, the better quality is assured to come from it. A low-budget video will probably have small dynamics and graphics, ruining the base of the animation.

Therefore, people would be reluctant to watch it in the first place. This will cost you the most because the formation of the video and contents takes hours of editing and designing. Agencies provide different budgets for different quality of videos. Hence, this becomes one of the most significant factors of cost.

Agencies provide in-built customization services at different rates. They are cheap and are in abundance. Often they are used by various other clients. You probably don’t want to show similar content to your audience. Imagine how many people have used the same customizing elements. Your viewers probably have seen the same thing many times. It is a relatively cheap aspect of creating animated videos. The probability of your animation getting unique customizing is less.

Now you probably understand the main thing, that a better quality video is an expensive budget video. So, the quality of your video depends solely on how much you are ready to invest in it. Hence, you should start with better content for your business. Keeping all these factors in mind, you should adjust your budget accordingly. To be on the safer side, try to start small and analyze to what extent a low budget can help if it does help, well and good. If not, you can aim for an extensive budget.