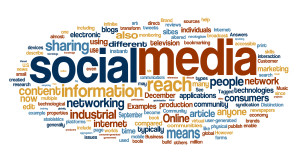 Social media isn’t just a place for people to hang out. It influences our lives to a great extent though we may not be the bearer of the information. Now-a-days, social media is found to be playing a massive role on our day-to-day entertainment filled minds. Interestingly, it is found that we, the social media addicts, make our initial thoughts about a film which has been 40% modified by social media platforms! Surprising, isn’t it?

Existence of entertainment in Social Media

Now, will it be right if someone just said, Movies and TV shows are nowhere else than some Cinema Halls and Television screens? Obviously not! These days, new releases always find a place in social media to reside.

Around 90% of the time, companies promote their movies through various social media sites such as Facebook, Twitter, etc. and not to mention the movie lovers are hitting the Like button. Fans further popularise it with creating their own Fan-clubs, pages, etc.

Now, it won’t be inappropriate to say that many of us get a recommendation from our close ones about a movie and sometimes, we even make plans to go out and watch the film together. And then we come back from the theatre and discuss it with our fellow movie fanatics.

So, imagine this situation where social media doesn’t exist. Then, you don’t get to know about the film much and there is no such online craze among your friends and in the worst possible scenario, you don’t get to even know that a movie just released.

It’s true, if we see a movie get a five-star rating on social media, our first impression towards it is positive, though we still haven’t seen an inch of the reel.

So that was all, folks! Though the fact may not be entirely true that social media is a major place where we get to know about movies and all; still it’s correct for some of us. It is also to be noted that the shiny five star may not always mean that the movie is fantastic. You may still find it boring; so plan ahead!