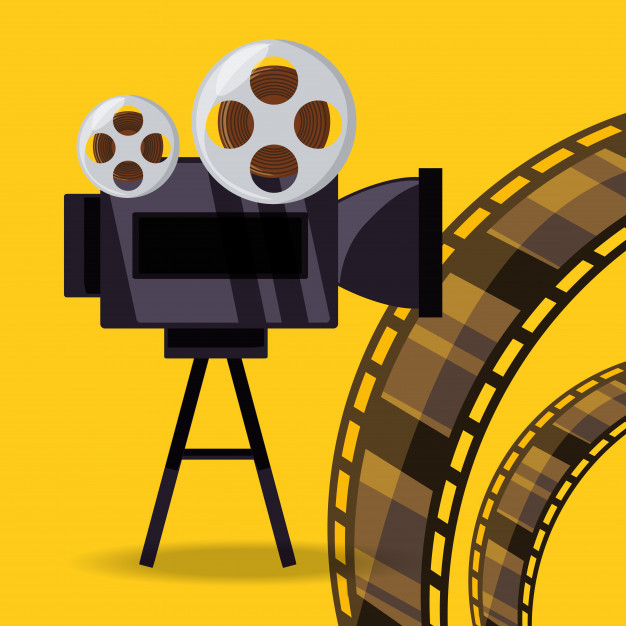 Films play an indispensable part in our daily lives.

They capture stories that we fail to see and celebrate characters that we fail to notice. But most importantly they make us realize the beauty in simple things. Films are not just a medium of entertainment rather they are lessons to appreciate the life!

Film festivals are the events that celebrate the entire medium of video.

Films, short films, musical videos and documentaries made by passionate cine lovers come together to a common platform to exchange their visions.

We present you the list of important short film festivals happening around the country.

The Indian Cine Film Festival is a decade old festival. Launched in Meerut, the Festival gained a reputation of attracting international participation in its debut event.

The ICFF- 19 aims to give a momentum to the independent cinemas.

Besides the main event, the ICFF, with collaboration with International Competitive Film Screening, conducts master classes and discussions related to Industry and the film markets.

It creates a useful point for meeting and discussion of film professionals and new talents.

The Vintage film festival has its roots in one of the most culturally celebrated city of India, the Kolhapur.

It believes that local talents don’t get a platform in spite of the immense talent, so it aims to give an international platform to such local artists.

Besides the event, it will also organize workshops.

Shahu Smarak Bhavan, Kolhapur is going to host this event on 17th August.

The local Cine-lovers, students, and filmmakers in association with Cinemalaya and Mahapurusha Srimanta Sankaradeva Vishwavidyalaya created this Festival.

The main objective of the Festival is to create quality cinema while bridging the distance between the filmmakers and small-town audience.

The event will be happening in Nagaon, Assam from 23rd to 25th August.

It celebrates every department and talent of filmmaking like the music department or the cinematography department.

The Festival also aims in giving production support to the deserving stories.

The event will commence on 3rd and 4th September.

The Annabhau Sathe Film Festival is from 1st to 3rd November that will be held in the National Film Archive of India’s auditorium in Pune Law College.

The Film festival gets organized in association with the Nirmit Media.

Besides the main event, the Festival will also organize classes, panel discussions, and Queries Forum that will be attended by prolific filmmakers and producers of the country.

The Smita Patil International Film Festival is one of the most reputed film festivals of the country!

The Festival had many successful international ventures over the years.

Acclaimed filmmakers like Ridley Scott produced some of its projects which also have a reputation of being screened at festivals like Cannes.

The Festival is organized successfully for eight years and takes entry of documentaries and short films.

The event will commence on 14-15 December this year at SM Joshi Auditorium, Pune.

The Legend Short Film festival is organized by the Satybama Institute of Science and Technology. It will be held on the 5th of September.

The Rolling Reels Film Festival is a non-profit organization which is handled by some film lover students.

The Festival is presented by the Festember, which is considered to be the most prominent cultural Festival in the southern regions of India.

The objective of the Festival is to establish an interactive platform for young filmmakers and veterans.

The Dehradun International Film Festival is a yearly festival that gets held in late September.

It features foreign, Indian, and local feature films along with short films and documentaries.

The main objective of the Festival is to bring down the local talents and the professionals of the Industry in a familiar place to encourage the film culture of the state, which will indirectly serve nationally.

The Telugu Short Film Awards is a two-year-old film festival.

The Kalaraj Media and Entertainment organize it.

The objective of the event is to honor and appreciate and felicitate short filmmakers, cast and also crew members with awards and rewards. The event is on 25th August in Hyderabad.

The Kolkata Short Film and Photography Festival is a microfilm festival to be held on 1st September in Kolkata.

The primary purpose of the Festival is to bring together all filmmakers irrespective of the genres. The event is hoping to have a diversified audience that can appreciate art in all forms, including Photography.

The event will be a red carpet premiere which may attract essential personnel of the media industry.

The Orchid International School of Bengaluru will organize its Children’s Film festival on 29th August.

The event will bring around over 25 eminent national and international film personalities.

The event will have various workshops on acting, scriptwriting, direction, and Photography,

Animation, etc. along with competitive events for the same.

The SKG International Film Festival will be in May 2020 at Ahmedabad.

Feature films and music videos. It has a wide range of awards sections that will have International recognitions.

All Lights India-International Film Festival (ALIIFF) is a foundation that was laid in the year 2015.
The foundation started the Festival started in the same year in Cochin and later moved Hyderabad for its 2nd, 3rd and 4th edition (2016, 2017 & 2018) respectively. It showcases over 100 films every year which encompasses all genres, lengths, and formats.

The Eighth Edition of the Fest is going to be held from 9th to 12th September 2019 at Chennai, India.

The Festival showcases upbeat cinema by, sensitive, thought-provoking films from all around the world. Short films, documentaries, and feature-length films subtitled films, audio-described films; there’s every kind of cinema in this Fest.

The Global Nature Film festival is going to held from 19 to 24 September which will mark the 150th and 101st birth anniversary of Mahatma Gandhi and Pandit Deen Dayal Upadhyay respectively.

The event invites short and features films and documentaries from all over the world on Environment protection and Nature appreciation. The Festival will also have exhibitions, seminars, workshops, and cultural events. Also, the Festival will have brainstorming sessions on environmental issues and the protection of Mother Nature.