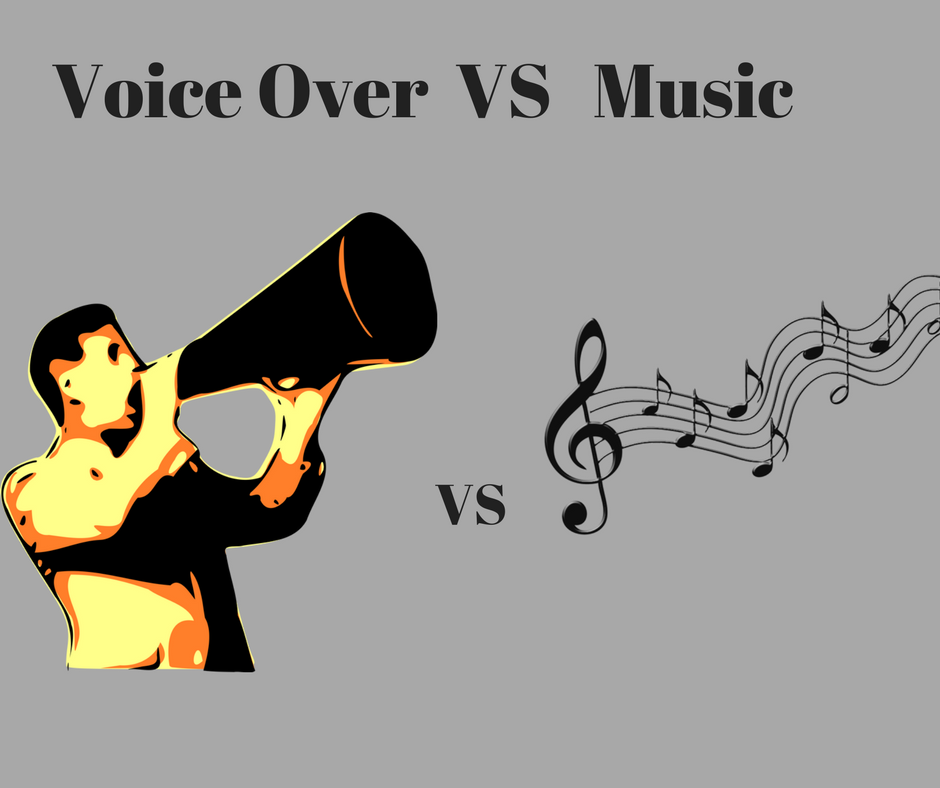 When choosing between the two in the production of corporate video, there are a number of things that have to be taken into account.

The first is what are you trying to sell to your audience? Every corporate video is trying to impress something upon its viewer, whether that you should buy their product or that you are an environmentally friendly brand who cares about the earth, or that people who use your product are fun, hip and cool. If you’re just trying to sell an associated emotion or personality of your brand or product rather than any particular details about it, music without voiceover can be really effective. Music can usually produce much more of an emotional connection than a speaking voice can.

Coca-Cola uses this strategy over and over again, as they try to impress upon the world that those who are happy and carefree are the kind of people who drink their product (because selling it on more factual points such as health benefits or price would be a bit harder).

Recently, emotional ads which preach equality, health, confidence and being kind to each other have been more popular, which is why Coke took the music in a different direction with their commercial ads.

Secondly, who is your audience? Research shows that music-only videos work better for those who aren’t big decision makers. That said it depends entirely on the situation as to who is a big decision maker and who isn’t. If you’re the head of a business trying to choose a recruitment agency to use, you’re going to want to know ROI’s, Integration stats, or cost/benefit analyses. If you are still the head of a business but you are trying to decide which brand of chips to buy at the service station on your way home from work, the one that has the fanciest jingle might just entice you in. Music only videos are usually great at attracting customers, but if it’s a big decision that they’re making to buy your product, they’ll probably need more information for you to actually make the sale. This means that narration is probably a better choice for companies targeting business clients.

This also means that the more complex your product is, the harder a music only add to pull off. Unless your aim is only to generate interest, a narration is a better idea.

Thirdly, consider how familiar the public is with your product. One of the major things that allow Coke, Nike and Chipotle Mexican Grill to make videos that are super successful without a voice-over explaining or introducing the product is the fact that most people already know who they are. If your product is quite new, and especially if it’s a new sort of concept, chances are more explanation will be needed. Keep in mind that general population doesn’t necessarily have to recognize your brand, just the product that you’re selling in general. Misguided doesn’t give away much it in its brand name as to what it’s actually selling, but as everyone is familiar with clothes, it’s not hard to create an ad that sells their product and image without explaining it first.

We are from The Jigsaw. If you want to make a great corporate video then do contact us.