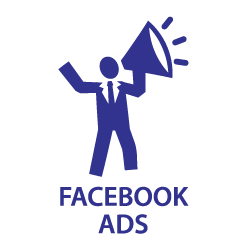 Ways to Get Your Audience Engaged Through Viral Facebook Video Ad

From past few years Facebook and YouTube are standing side by side in the precious field of business i.e. advertisement videos and especially in corporate film videos. The immense success in marketing campaigns of Facebook video is due to new features like Autoplay and call-to-action.

And one of the good examples of successful marketing campaign of Facebook is the commercial entitled “Lost Dog” of Super Bowl XLIV Budweiser. More than twice the number of vies to this video came from Facebook. From 29 million of views, only 5 million was from YouTube. And thus we can say that Facebook is cutting off a good amount of YouTube’s market share.

Following are some tips for video ad campaign on how one can engage audience with their video.

Above are just few basic tips that one should remember while making and launching of an Ad video. Last but most important tip is to use Analytics. Track your campaign, and determine which approach is best suited for your targeted audience.

We are from The Jigsaw. If you want to make a great Ad video then do contact us.