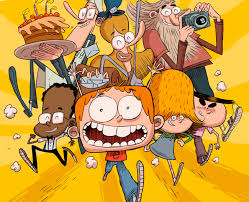 What Are The Various Stages Of 2D Animation Production

An animation/cartoon is something which is common to all. There are many kinds of animation 2D animation production, 3D animation Production, Motion Graphics and so on. But today we are going to be focusing on the work done by 2D animation studios. Each one of us here has watched them, drawn them, and even laughed at them.

One thing that hasn’t remained common is the technology used. There was a time when nothing was beyond Bob the Builder, Thomas, and Friends and now we have all the mind-bending animes , Lego movies, Power Rangers, and what not! Thus, with the progressing technology keeping the content also intact is also a skill. This skill can only be reached by following a proper or predefined step for producing these 2D animation videos.

For those thinking about starting a new 2D production or planning to improve, this article shall help you with it.

Behind every successful video or production, there is a simple yet eye-catchy or effective idea and thus, for starting a new production or 2D animation video the first step is the collection or coming up with the idea. The newton’s apple here is the base or face of your future as a brand. The process of research also evaluates the market to figure out the best method for putting out the right message in the best way forward for your brand.

Stage 2: Coming up with a script

Behind every successful video is its promising script. The first and the most crucial stage for any video production be it a film, 2D animation ,etc. However, with 2 D animations emphasis is placed on the visual scripting of the action, performance, and the drawing of 2D cartoons or structures.

The video production creative team should all put their head together for nailing the right concept which is then flushed out into a full script. The key is to present the message in the simplest, most comprehensive manner to your target audience.

Before coming up with the Storyboard the pre-requisite is a mood board. A mood board is a type of collage consisting of images intended to project a particular style and concept. When you are decided with the best collection you start building the storyboard. This stage is where the script is visualized graphically as a sequential series of images.

The creation of a storyboard allows the director to detect any problems with the script and to make necessary changes to enhance the story.

This stage includes coming up with custom, full-color visuals that would help one get an accurate idea of the final 2D video. Depending on the video the background, props, characters, text, etc. can be selected. A style and look must be agreed for all the visual elements at this stage.

. The main motive is creating model sheets for each element. These sheets later are used as a reference by the team of animators to keep a check on the final outcome. This stage also includes character editing, background painting, etc.

Once the background layouts are completed, they are ready to be painted. After the completion of the painting of background, these are sent to the Compositing team.

Since here we are shooting with nonhuman and rather human-created characters we would require a voice over for our videos. Now while selecting a voice-over see to it that the voice of the artist is soothing, clear, and soft to the human ear as many times the voice is not audience-friendly or is disturbing in nature which leads to the audience hating your videos. The most engaging male or female voice with the right accent is to be selected. The perfect voice-over reinforces the message of the video and can make a world of a difference.

It is these voices that will be later used for the animatic, the animations, and the final composing.

See to it that the voice artists and the character’s voice are synched and imaginable. Though coming up with a voice-over might be expensive but try not to compromise on the crucial parts.

Stage 6: The work of the Animation team

Now that the voice-over, script, and storyboard are approved, now it is time for the animatic to show their skills. This skill requires proper attention to details and each step should nail a perfect on. The visuals should be able to reflect the script effectively and efficiently. The animatic, also known as the Leica reel, comes directly from the storyboard. The animatic is the first movie of a project and is used to help the animators and compositors.

It not just creating and compiling involved here but the video editing of the video also is a very crucial step of this stage. Editing is choosing segments of the animation production footage, sound effects, and sound recordings in the post-production process that will be in the final output. Removing all the unwanted pictures, animations, and noises from the videos add the finishing touches to it. (It is always better to keep a double check on the editing part of the video).Without the video editing, your 2D animations would be just a blunt show, and it the sharpness of images (the 2160 or 1080s that people are after these days).

This stage is the final stage after this it’s only your videos that does the speaking.

Post-production involves the second and final stage of video editing and voice modulation/mixing. All the pointers like background, sound mixing, graphics are to be checked thoroughly.

After the videos are finalized they are sent for a preview to the feedback team which highlights the much-needed change or corrections in the videos if needed. The musical scores are to be kept to the point so as to connect with the audience. These form the final cherry to the cake.

And finally, after revisions, the video is out!