Motion capture has become a staple in a number of blockbuster movies that we see today. While in its earlier days it would garner shocked expressions and a lot of surprises, today it is so normalized that people are not even shocked at the sight of fully rendered computer graphic characters which prance around the screen and appear completely alive. Motion graphics has flourished at an almost alarming rate since its first appearance in the fields of biomechanics for primarily video games. The way that motion capture works are fairly simple, although you may associate it with lycra suits, a number of complicated gizmos and a tangle of wires. The basis is that real life people or animals are used to gather data about the movement to make it seem more authentic. This is useful especially for gathering the nuances of movements such as mild jerks or shaking which may not be captured in normal animation or VFX methods. It provides an additional level of authenticity to the characters as well as allowing them characteristics and appearances which would be more difficult to achieve through makeup and prosthetics. One of the earliest examples of motion-capture in the entertainment industry is probably the short films of animator Max Fleischer from 1915,

where he devised the Rotoscope. It is a fairly basic concept in which animators trace over frames of live-action film to give cartoon characters a recognizable fluidity. Fleischer’s series Out Of The Inkwell utilized this method, such as the animated classics Koko the Clown and Fitz the Dog. Later, this method was used for Snow White and the seven dwarfs and then in other classics including the famous Peter Pan movie, Sleeping Beauty, and the animated version of the Tales of Alice in Wonderland. 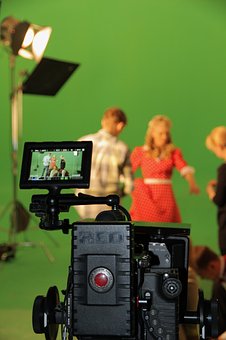 While the development stalled beyond this point for a fair amount of time, it was seen in the Lord of the Rings movie, and in American Pop and Cool world in the late 1900s. Beyond this, the concept picked up again and was soon seen in a number of movies. In Hollywood, it was used to lessen the load on the prosthetics and makeup departments, hence saving a number of hours for the actors and directors every day. It became commonplace to see actors walking around in these suits with wires and sensors flowing everywhere, and a green screen to top it off. It was often rather confusing to see since a lot of imagining would go into the entire shooting process. Actors had to adapt quickly to working in imaginary surroundings and interacting with eye levels and positions which did not actually exist.

The Final Fantasy: The spirit Within movie was another major milestone for this industry. Although it met a lot of backlashes and was considered an overall failure, it was an evolutionary moment for motion capture technology. However, it also caused a loss of over 130 million dollars. Despite the movie’s failures, it received high praise for its visuals. That same year,2001, Peter Jackson introduced Gollum in his first Lord Of The Rings movie, The

Fellowship Of The Ring. By 2002, Gollum was being made using the motion capture technology at all new levels. The actor was playing Gollum in real time, I complete sync with the rest of the cast, albeit in the funny looking suits with orb-like sensors. One notable thing in this entire story is that Pixar has always chosen to stay mostly off the entire motion capture scene, priding themselves on the authenticity of their animation techniques without the assistance of actual humans. In fact, the movie Ratatouille actually has a claim stating that it consists of only animation and no motion capture.

The scene was further revolutionized by James Cameron’s blockbuster Avatar, which saw this technology employed in full force, with incredible results. From that point, people grew very aware of the great power that motion capture had and the freedom it gave to the producers and visionaries to think big and outside any boxes that could possibly exist. Recently, Cameron’s other passion project, Alita: Battle Angel, hit theatres, and it is no surprise that this too uses motion capture extensively for its characters. However, it is should be noted that it did not get the same response that Avatar got, not too long ago. Is there a possibility that the audience has tired of the whole motion capture magic?

We hope this has been helpful in improving your knowledge about the motion capture field. Let us know if you have any suggestions.